The leader of our meditation took us on a journey towards being approached on our left-hand side by an entity that wanted to make contact with us. 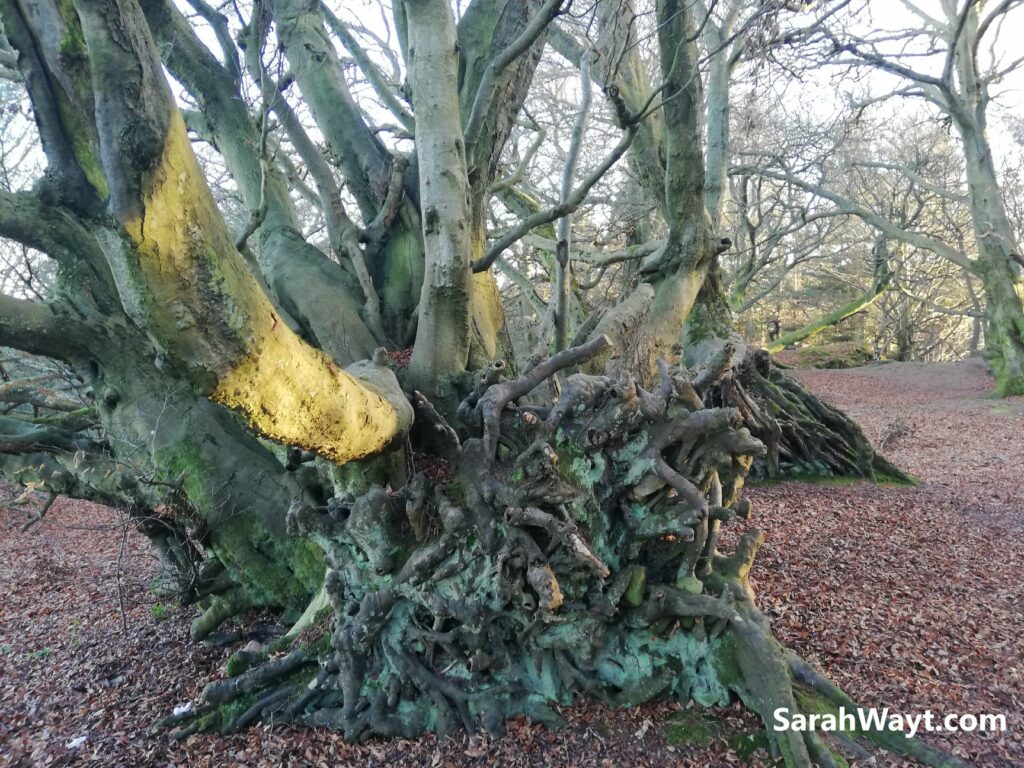 I could sense a being to my left. Initially I thought it had the shape of a man however, when I turned to face it, I was greeted with the truck of a tree. Wide and gnarled with age I reached out to touch the crevices and was drawn forward into its core.

In the central space I could feel movement. I felt as though I was sinking down into the depths of its roots, being drawn forever downwards like descending a shaft.

When my eyes steadiest and I could see the movement around me. I realised it was not I that were descending, but the trunk of the tree was pushing upwards. I was standing still, in the same space I had entered the tree, the tree itself was lifting and stretching up around me giving the illusion of my sinking.

As it stretched upwards, I encountered different sensations as though I was falling through time. A scene of sitting in my garden, talking to my flowering plants, thanking them for their effort to bloom and shine in the sunlight. This scene fell away to my sitting at the water’s edge on a beautiful afternoon with my toes dipped into the sea. Falling away again to my sitting in stunning walled gardens, revelling in the beauty of a long hazy afternoon in Morocco.

As these scenes unfolded, I realised they were falling away in chronological order and the sensation of sinking along a vertical plane gave way to my being stretched along a horizontal axis.

As I felt the sensation of sinking and stretching, all of a sudden, I was aware of the immensity of my experience. The heights I had reached, the depths I had touched, were joined by the breadth of time in linear motion. One beautiful map showing my life to me as plainly as looking at the terrain via ordinance survey.