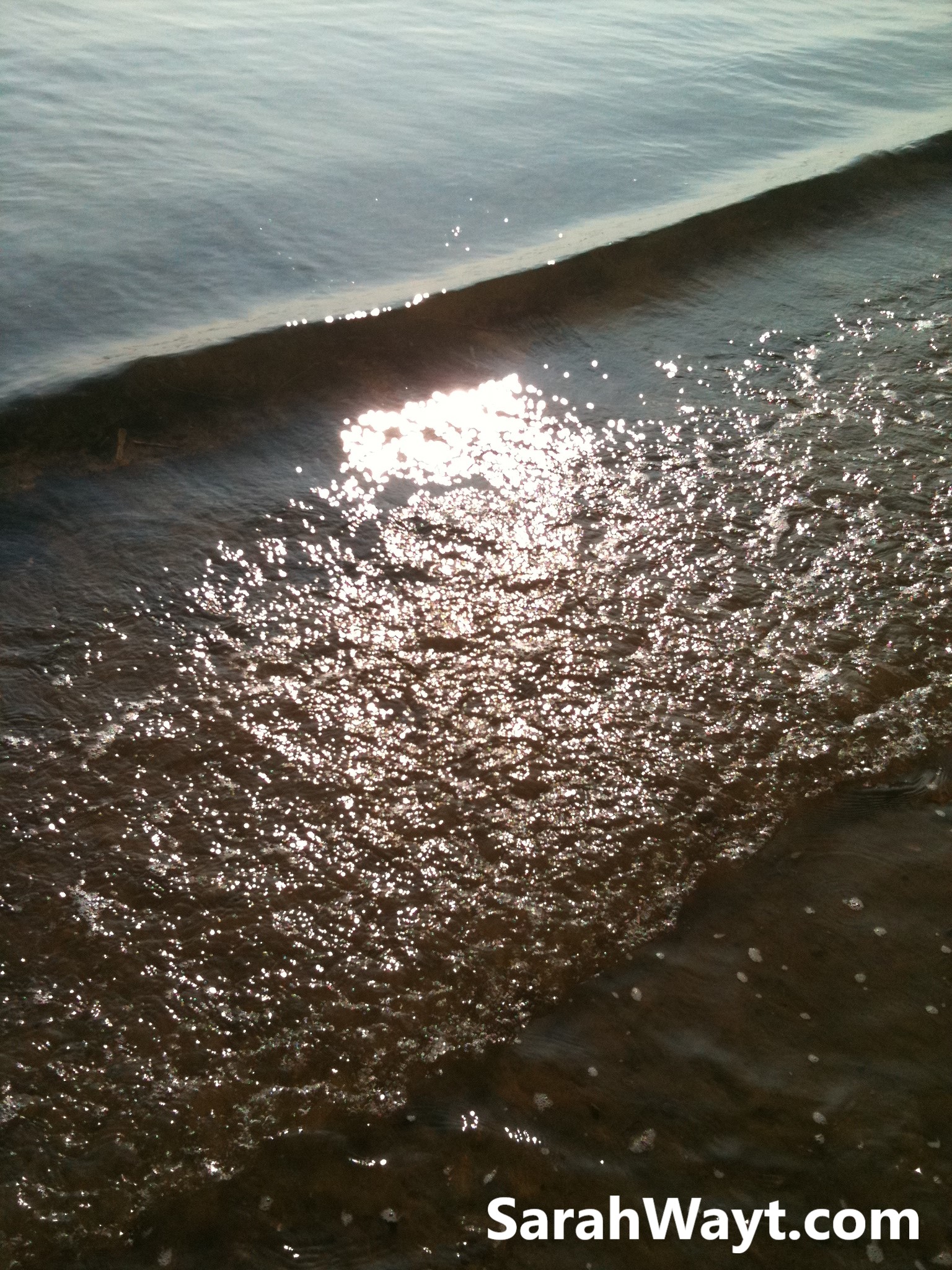 I found myself travelling deep into the heart of the planet. Through winding paths with rock walls, following ways of old trodden sages, deeper and deeper.

I reached an opening, leading into an outside space, dimly lit by the moonlight. I could hear the sound of waves gently lapping and made my way over to the waters edge to sit.

There was a seamless movement between the moon and the water with tides responded in quick succession. I glanced up to watch her beautiful face, noticing she was waxing and waning with remarkable speed. From full, waning down to dark in one breath, waxing back to full with another.

My body began to respond to the ebb and flow around me. Like a pumping heart, I expanded and contracted with the beat of the space. The rock I sat upon began to expand and contract in unison and I felt an incredibly sense of oneness with everything around me.

The words "time and tide" echoed on the distant breeze, almost like a whisper through the quietness. Over and over again the words wrapped their threads of meaning, connecting the moon, the water, the rock, and my body.

Sitting in this quietude I glanced down and to my surprise could no longer see my legs, only the rock upon which I sat. I had become one with the rock, and my legs had sunk down below its surface. Only feeling the waters movement assured me my legs still existed, yet my mind saw the beauty of complete integration.

This sense of total union remained, a oneness connecting everything in the picture in a seamless ebb and flow of combined feeling.