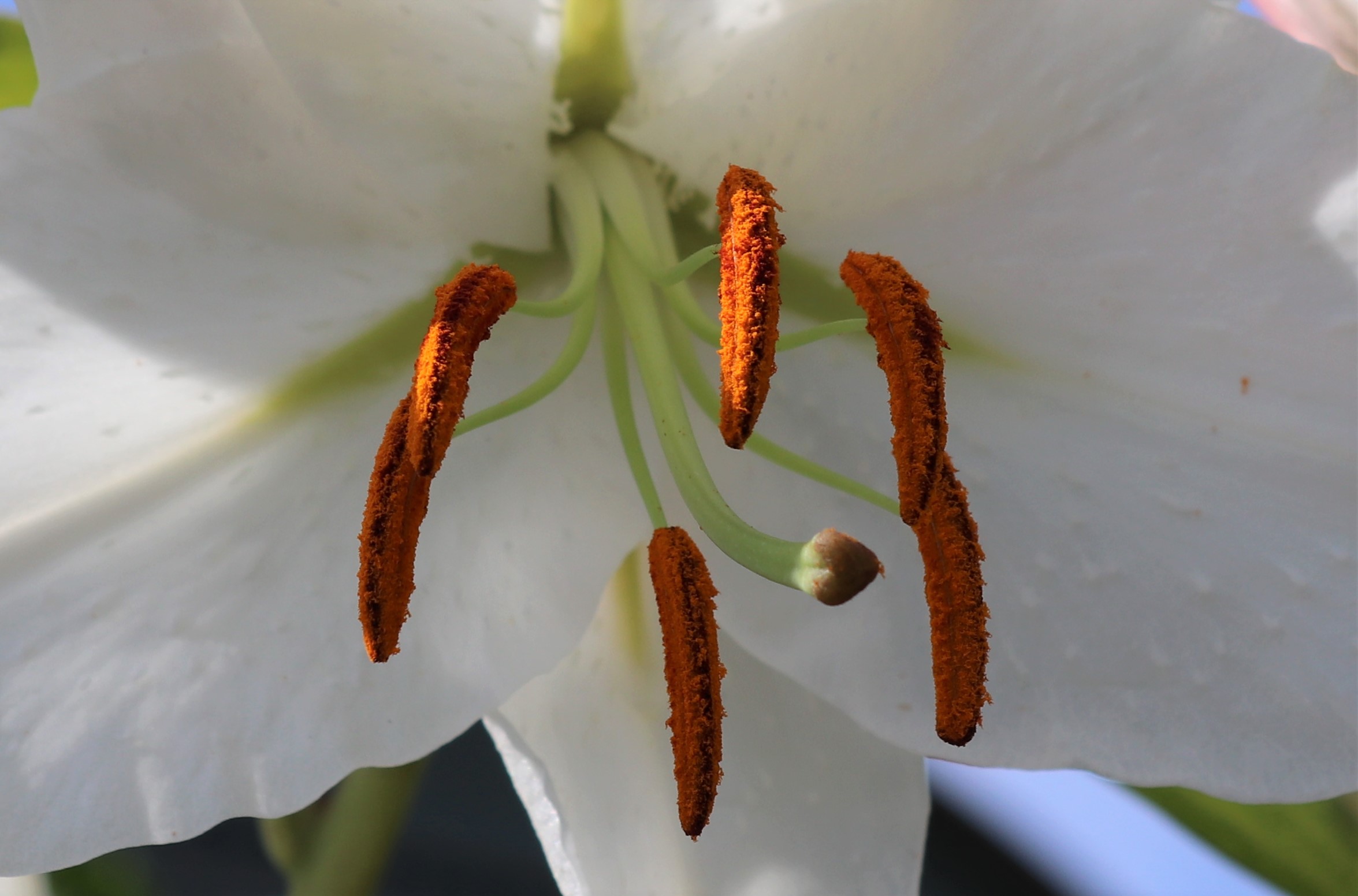 As the super full moon shone ablaze in the night sky she illuminated the bandstand, filling the space with her silvery glow.

The ancestral spirits took their places in the circle with the white lily of last months full moon sitting in the centre once more.

I was in awe of its size and brilliant white petals as it reached out to all those gathered around. The stamens grew from the central space and lent their pollen laden heads down towards us.

As the head bowed down and touched my forehead it felt like my skin began to crack. A perfect line broke through the length of my body and I took a step forward. I had come out of my skin, pulled forward by the stamen as it drew me closer to the centre of the flower.

Again it reached out towards me, touching my forehead and splitting me apart to step forward once more. This time I was aware I had lost my human form, I stood closer to the centre yet I was transformed into a shape I didn't recognise.

Again the stamen reached down to me, and as it touched my new shape I felt the familiar splitting, followed by total release. I had become one of the stamen, and the last touch had released my pollen.

I could feel the wind underneath me as I travelled upwards, dancing with the ebb and flow of the current. I had become fragmented, scattered, as the wind blew me in different directions. Each part of me was separate, yet I could feel the pull as each was cast wide through the night sky.

From my highest point I could see the flower sitting in the centre of the bandstand. I watched the stamen from which I had been released as it began to decay back into the plant.

I glanced out and could see one particle of my pollen floating over the sea to land on the waters surface. Immediately I understood the depth of the water, the waves pulling against the surface, and the creatures cutting through the water, all moving together as one in the ocean.

I glanced off as another particle of my pollen fell into the hair of a gleeful child. She was running through a field of flowers, laughing and throwing her arms up into the air. All at once I understood her innocence, joy, and her laughter, as my pollen swirled around her.

More of me fell on the ground, on the plants, on everything that surrounded the bandstand. And, as I fell upon them, I could feel and understand the unity of everything I touched. A blissful understanding of connection with all I rested upon.

As I revelled in this connection the clock tower chimed the hour and all the fragments of my inner being came straight back into me, recreating my human form.

If you would like to join in with future Full Moon meditations, you can find details here.