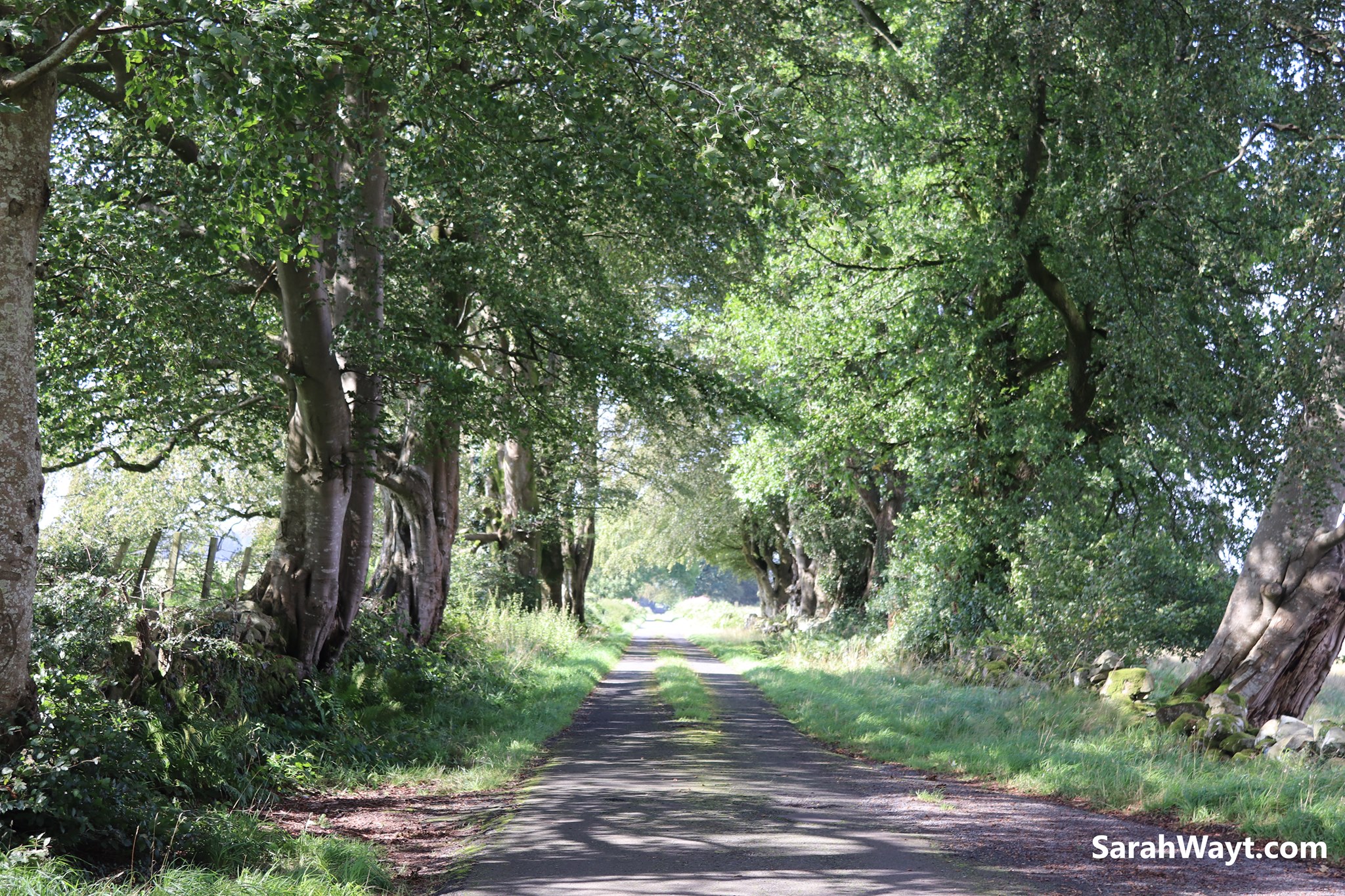 Sitting under the dark moon I was aware of black soot rising up from everything around me. The bandstand, plants, steps, pavement, everything appeared to have this soot pluming upwards in cloud-like formation.

It rose like cotton candy into the air and began to come together in unison. As it reached the entrance to the bandstand it had formed a swirling mass which filtered into the space before us.

Lifting to the roof of the bandstand as more and more soot came in, it gathered like a cloud of darkness in the eaves. With deliberate movement the soot spread to fill the roof space and then began to drop, like drawing a curtain down around us.

As the sooty curtain fell I could feel us sinking down with it, deep into the ground. Travelling down I had a sensation of being curled into a fetal position as I came to rest in the warm darkness of the earth.

Instantly I knew I was a seed, buried deep below the surface. A voice confirmed my thought saying, "you are the seed, you are the sapling, you are the tree. They are all part of you and you are part of them all." It felt like a new beginning, like I was filled with potential and essential in some way.

I could hear movement around me, a scurrying of sorts from various creatures in the dark. Worms, grubs, mites, ants, all carrying out their divine duties to keep the process of life turning. I felt safe, secure, warm and full of purpose in my seed-like enclosure.

Before me I could see another seed, a sister seed, similar in shape and size to my own. As I watched it began to decompose, a process of breaking down from wholeness into decay. It shrivelled and gave way to the forces around it, spreading sooty smoke into the dirt, and I realised how vital its purpose was.

As much as I held the potential for life and growth, her sooty decay enriched the soil, spreading her potential to everything around her in the warm darkness. At this realisation I knew we both held the power of potential within us, mine to break through and grow, hers to break down and nourish.

I was touched by how vital we both were and revelled for a moment in the absolute beauty of the sooty process.

Then, there was a sense of movement, of growing, pushing, and cracking through the seed shell. I was growing in the darkness, reaching out, reaching up, as though some invisible guiding hand were urging me on.

As I emerged from the dark into the dimmed light of night, the black soot began to dance from me, curling up and away into the sky. I had become a sapling and felt a little sad that I wasn't yet a tree. This feeling was met with a familiar voice once more "you are the seed, you are the sapling, you are the tree. They are all part of you and you are part of them all."

If you would like to join in with future Dark Moon meditations, you can find details here.