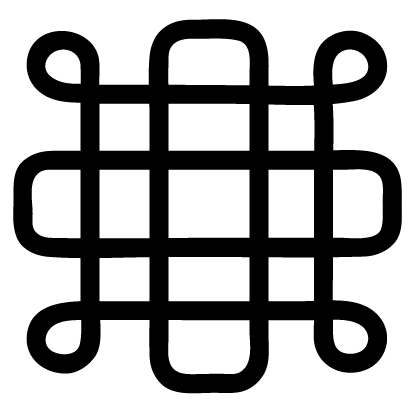 Samhain is a cross-quarter festival and the counterbalance to Beltane. The final harvest of berries and nuts is gathered and the nutritional sap of the plants returns to the earth. The light is going as the days shorten and darkness takes over.

The veil between the worlds thins in this season and it’s an ideal time to communicate with the world of spirits, to divine and to prophesy.

According to Celtic belief, people didn’t actually die but moved on elsewhere. Samhain was a time when their spirits could slip back to visit this world. This thin veil between realms also allows fairy folk to come into your world and make mischief.

Samhain represents the powers of death and darkness, but the Celts were not afraid of these forces and regarded them as important and as meaningful as the forces of light.

Samhain in the modern world

Unable to repress the people’s strong allegiance to the dark energies of Samhain, the Christian church renamed the festival All Saints Day (1 November) to honour all saints, known and unknown. In later times, the day following Samhain also became known as All Souls or All Hallows, when people would pray for the dead.

For the early-rising Celts, days began in darkness, which is why many of our modern-day celebrations start on the Eve of All Hallows. The combination of the Celts’ Eve and the Christian’s All Hallows gives us ‘Halloween’ on 31st October. Thus, the Church’s fear of the dark powers has moved the emphasis towards making fun at this time. Children’s games, such as making jack-0′-lanterns, survive only as a light-hearted reminder of Samhain.

Samhain provides the perfect atmosphere for practising your Tarot reading other forms of divination. It’s also a time to indulge in fun Halloween games.

With all the fun at Halloween, you can still lay a more meaningful emphasis on what you do. By dressing up as a witch you are imitating the wise crone, whose conical hat draws up the energy of the Crown Chakra and assists in thinking. The hat’s brim sends out the Crone’s will, and, because people’s noses and ears never stop growing, the witches long nose represents the wisdom on age.

Another popular tradition is carving a Halloween lantern. The custom originates from the belief that these scary-looking lanterns would ward off ghosts and evil spirits.

As the veils between the physical world and the spirit world are very thin at this time of year, Samhain is the perfect time for divination, portents, prophesy and communication with the spirit realm. To enter this intangible world simply requires the aid of certain herbs and spices and a relaxed environment.

To prepare your mind, burn some incense of herbs and spices that will help to facilitate clairvoyance and divination – basil, clary sage, mugwort, nutmeg, sage, star anise, and willow leaves are among a useful few. A weal herbal tea of valerian leaves will also act as an aid to relaxing the unconscious to that the intuitive mind can bubble up to the surface. Now, light a candle, sit peacefully and relax.

As you slip into a twilight state, this is a great time to do a Tarot reading for the coming year.

Samhain is a good time of the year to practise scrying and take a glimpse into the future. First you should make sure that you have a quiet room in which to relax and meditate in order to get your mind into a sufficiently dream-like state. Once you have achieved a completely relaxed state, you can attempt scrying.

Fill a glass bowl with pure water and, with a soft gaze, peer over the surface of the water. The longer you focus on the water, the deeper your mind will slip into a trance. Eventually, you will be able to let you conscious awareness go and allow yourself to be immersed in a purely intuitive, ream-like state. You may find that images will appear, but scrying isn’t east and it can take a lot of practice before you can do this properly.

Man traditional Halloween games such as ‘bobbing for apples’ derive from Druidic rites that used the sacred apple for access to the Otherworld. In Celtic lore, Avalon the mythical Land of Apples, was once an island. To reach its shores involved a long and treacherous journey through marshland. The fruit of Avalon was thought to give the gift of knowledge and immortality.

You can play ‘bobbing for apples’, where you float apples in a tub of water as someone stirs it. The players have to grab an apple using only their teeth. If they catch one, they can eat it and, hopefully, they will acquire all knowledge.