As astrology is dependent on the movement of the planets, it is essential that all serious astrologers fully understand how the Solar System works.

The Human race has lived on Earth for tens of thousands of years, and our ancestors could find no explanation for the thunder, lightening, droughts, and eclipses that plagued them. Life was precarious and people felt vulnerable, so they sought meaning behind events on Earth from the heavenly bodies in the sky.

The lights our ancestors saw in the sky - the Sun that was visible every day, the Moon and bright stars at night - took on god-like attributes. In addition, they were credited with influencing everything from the spring rains to the harvest. 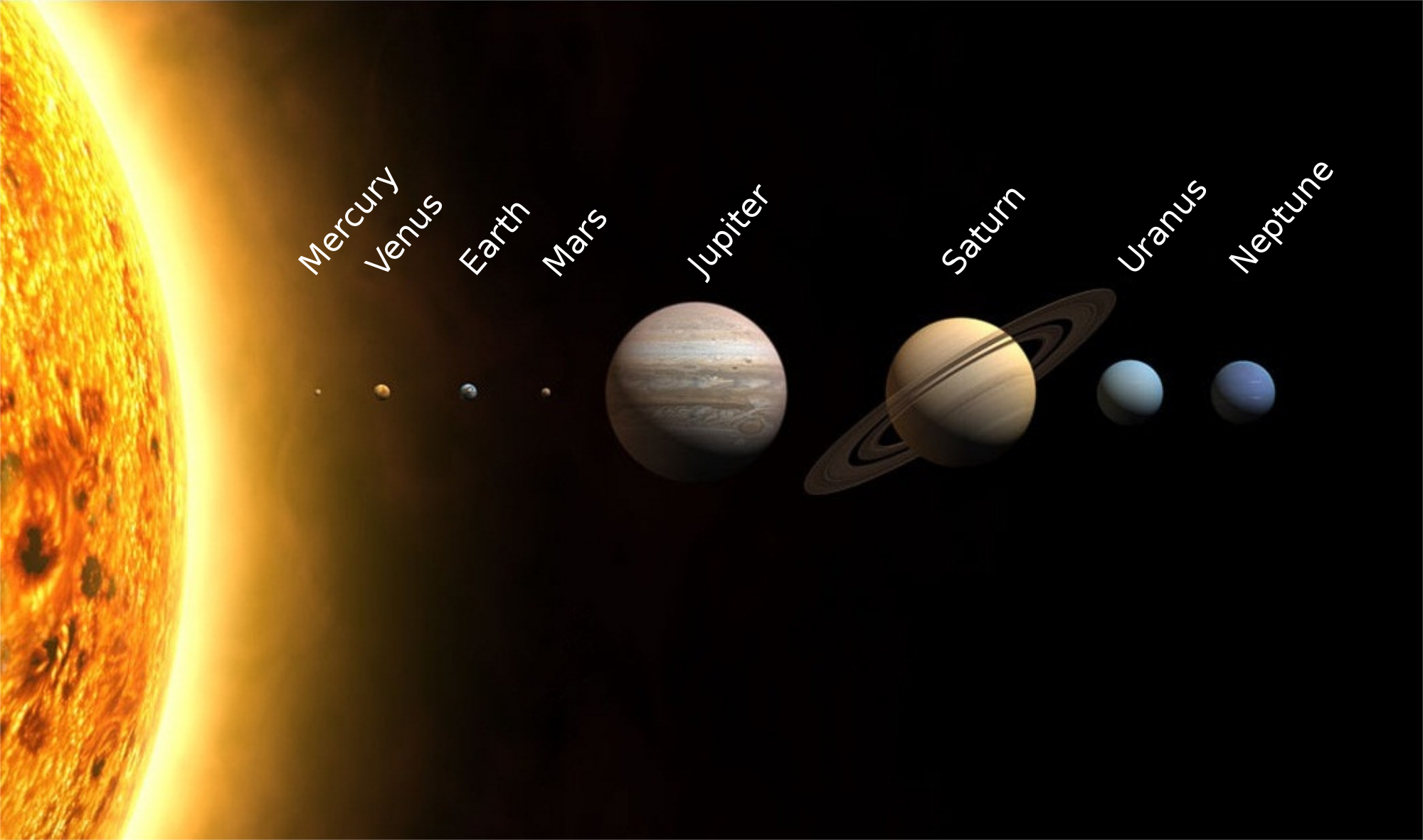 In fact, the Moon and the planets have no light of their own. They reflect the light of the Sun. As the Moon orbits the Earth, we see different parts of its sunlit surface, and this gives us the different lunar phases that are also considered important by astrologers.

Planets in orbit around the Sun

The nine planets of the Solar System orbit the Sun. The Moon, which is a satellite rather than a planet, orbits the Earth

The planetary orbits are not perfectly circular, but what matters to astrologers is that they are predictable.

Another consideration for astrologers is that, from the point of view of the Earth, the planets occasionally appear to hesistate and move backwards a short way before going forwards again. This is known as 'retrograde motion' and it can be significant in astrological interpretation.

The Sun and the Moon 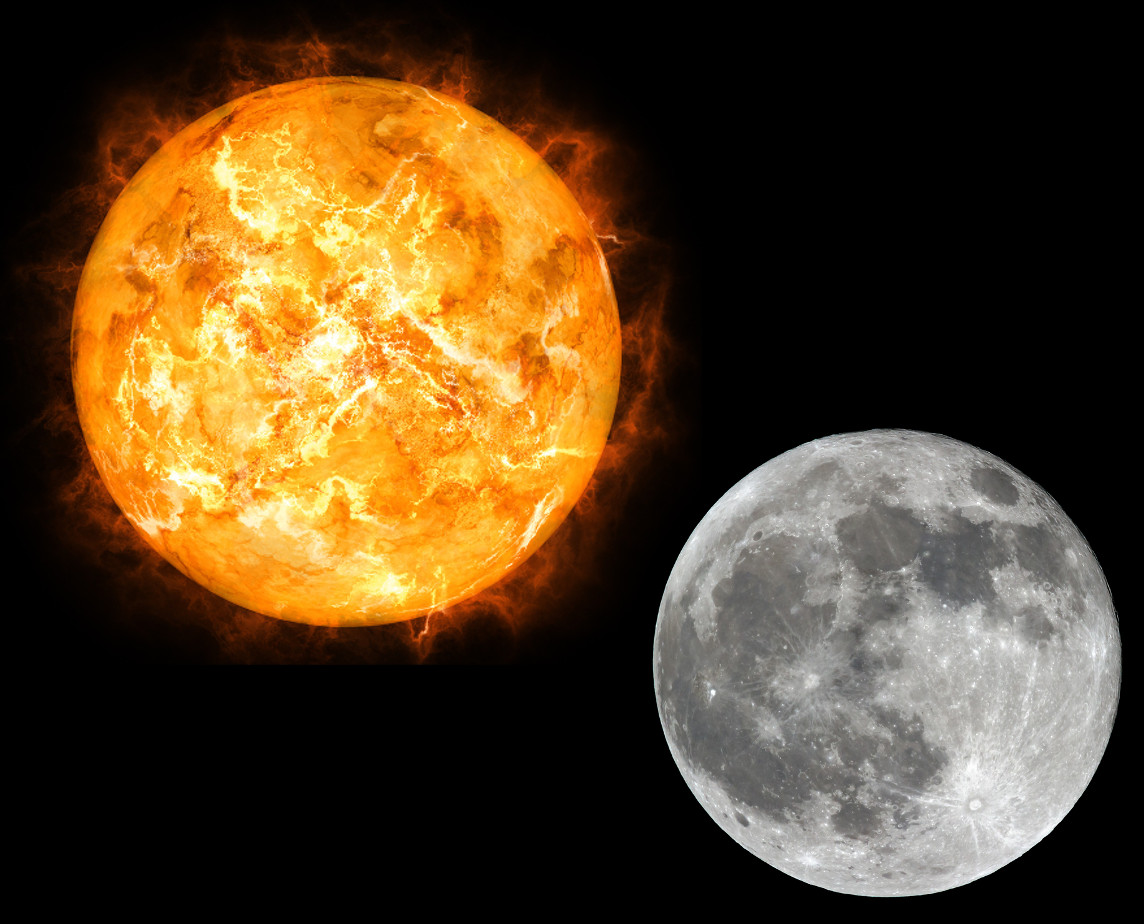 The ancients saw the sky as the source of their problems, as well as the source of all good things. The Sun provided light, warmth and the changing seasons. The Moon's face lit the night sky, while its rhythms were somehow associated with tides and flooding of rivers.
Occasionally things went wrong and the skies behaved strangely.

Perhaps the rains didn't come or the Sun was eclipsed by the Moon. These were often considered to be bad omens - and it was thought that the two great lights in the sky had been offended.

Over time, the greater light (the Sun) and the lesser light (the Moon) came to be worshipped as deities. In astrology, the position of the Sun on your birthchart is still considered to be one of the most important indicators of your personality.

There were also five smaller lights in the heavens that puzzled ancients, the visible planets. These had their own patterns of movement and distinctive characteristics, and early astrologers quickly realised the planets were special because of their unique motion. 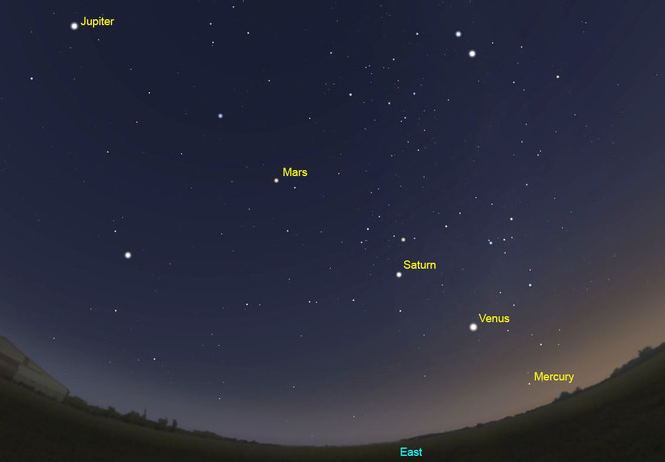 They imagined that the planets represented gods who could intervene in affairs on Earth, and could be appealed to in times of difficulty. If crops died, or the village was struck by sickness, then people knew the gods needed to be appeased. The names of the planets derived from Roman gods.

These mythical planetary associations formed the foundation of astrology.

Today in astrology we have three more planets to deal with, Uranus, Neptune and Pluto. 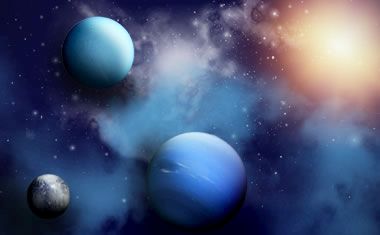 These planets are not visible to the naked eye, and were only discovered after the invention of telescopes. Known as the outer planets, they were quickly incorporated into the body of mythology and therefore also named after ancient gods.