Red has also come to represent anger and lust. These are considered by some to be negative emotions, but you can use your red crystals to transform these feelings and make them a positive instrument of change in your life or somebody else's.

Use the power of red crystals to help motivate you to create positive change in yourself and your environment. If you're feeling lethargic and tired, you can tap into the boundless energy of red crystals as a restorative to bring you back to feeling more like yourself.

Red stones often have unusual myths associated with them. A good example of this is the medieval belief that dragons' eyes were made of red garnet. A garnet losing its lustre was considered an inauspicious event that presaged imminent danger or disaster.

In China, red jade symbolised all things fiery, such as the Sun, fire and summer.

India had very similar ideas to the Chinese. They also believed in the fiery quality of red stones, considering them to be a good source of heat and light. They thought that if you placed the stones near water they could cause it to boil.

Red jasper was a very popular stone in Ancient Egypt, where it was frequently used to make protective amulets, especially for the dead when they were mummified.

There are almost as many uses for red crystals as there are varieties. To overcome your diffidence and grasp life's opportunities turn to the fiery gems for assistance.

Use red crystal energy to help focus your mind.

Use this stone when you need to think about bringing something to a conclusion.

This is a very good crystal to use for meditations on resolve and will-power.

Ruby strengthens your self-esteem and your ability to project yourself to others. 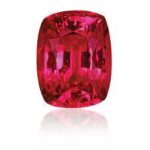 Use sardonyx crystal to help you express what you feel.

Red crystals help you to release emotions and remove feelings of insecurity.

There are times when you might find yourself enraged by an unexpected turn of events. Red crystals allow you to deal with this anger by preventing the Base Chakra from becoming blocked.

Everyone suffers from a lack of confidence at times. If you need some reassurance because of your lack of self-belief then try using your red crystals to help you. 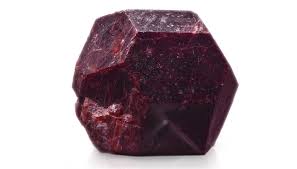 The red variety of garnet is a good, energising stone to use, enhancing your will-power and drive to achieve an important goal.

Believed in ancient times to stop bleeding, red jade is a good calming stone to prevent you being overcome with anger.

The ruby is very powerful as a protection charm from negativity, for releasing anger and for stimulating passion.

Another good energising stone for protection and for banishing fear is spinel, which strengthens the till. If you want to give up smoking or need some help sticking to your diet, use spinel to bolster your resolve. 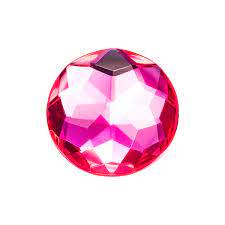 A useful stone for helping develop courage, especially for those who suffer with low self-esteem and insecurity.

Sardonyx also helps improve self-esteem and determination, and can help protect from nightmares.

If you are feeling at a low ebb place a red crystal at the base of your spine and feel your body suffuse with fiery red energy as you stimulate your Base Chakra.

Work with red crystals on the base of your spine to gain confidence to open up your sexual energies.