Black is associated with both the elements of spirit and earth, and is connected to the energies of Saturn. Black is the colour you get when all colours are absorbed, and so it is ideal for soaking up negativity, it has protective powers.

Due to its tendency to absorb, black tends to make things look smaller and in crystal work this could be applied to problems that you wish to diminish. It is also seen as the colour of unrealised potential, of ideas not yet manifested.

In the West, black is a funeral colour and associated with grief and endings. As a Saturnian colour, it is linked with things coming to an end and is used for binding in spell and ritual. In crystal work, black is used for divination and to treat depression.

The Crystal of Death

The association that black holds with death extends to crystals of this colour, and it is not a modern association. This link probably originates from the colour's rulership by Saturn, a planet of endings, and it has been evidenced since early South American cultures through to the use of jet in Victorian funerals.

Black stones are often attributed with protective powers, due to the colour's ability to absorb negativity, and used as amulets. Onyx, for example, protects from demons and the Evil Eye, and black tourmaline wards off nightmares.

It has been said that black crystals can trap spirits within them and an old myth recounts that the asterism (star) in black star diopside was actually three genies who were trapped in the stone.

Whether it is help you need in meditation or crying, in overcoming addiction or depression, black stones are surprisingly versatile in their uses in crystal therapies.

The absorbing qualities of black crystals make them an excellent stone to use for meditation, helping to steady you.

This stone has a cooling effect and is good for grounding and stress relief.

Use jet to boost your memory or to help overcome trauma.

Use this gem for relaxation.

If you need to develop your assertiveness, meditate on obsidian. 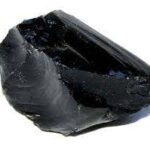 Black crystals work on the Root Chakra to help energise you and give you the courage and assertiveness to stand up for yourself.

For those times when you are feeling insecure and need to be more confident and dynamic, black crystals can help you to find your inner warrior, by energising the Root Chakra

Black stones will soak up negativity from others and yourself. They help to keep your energies in balance by taking unwanted elements out of your system and helping you to stay positive.

Black onyx will help you to realise your goals and is good for bringing form to thought. Therefore it can be used as a self-motivating charm. Its ability to absorb negativity means that it can be used to protect you from such unwelcome influences.

A wonderful crystal for developing will-power and, therefore, very good as a charm for overcoming addictions or patterns of negative behaviour. 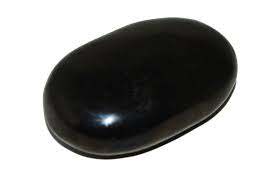 Traditionally used as a funeral stone to help overcome grief, jet is great for dealing with negativity of all kinds.

This gem of transformation is good for treating depression, and for helping release blocked energy.

Obsidian can help to give you courage and determination in whatever you are trying to achieve. Its black depths also make it a suitable stone for scrying.

This variety of tourmaline is a good stone for directing mental energies. It can aid with lucid dreaming and can also be used for developing your psychic powers. 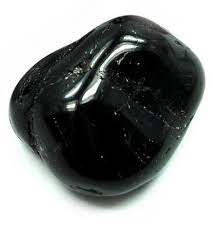 For Directing your Energy

Black crystals are attributed with the ability to direct as well as absorb energy. This means that they can be used to harness and control your will-power. Use black crystals to help focus your determination and to boost your sense of drive.

When you have feelings of doubt, use black gems to let your motivation flourish.

Before starting a project or new hobby, boost your confidence by holding a black crystal to the top of your pelvis. You should feel your Root Chakra opening out, making you feel more confident and energised.